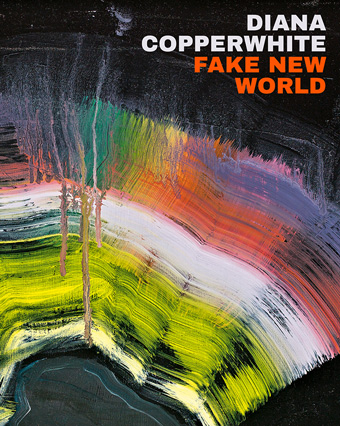 In Shapeshifter, New-York based, Les Joynes recontextualizes Joseph Beuys’ I Like America and America Likes Me (1974) during his journey to the Khovsgol Province in Northern Mongolia.
Exploring nomadic identity, Les Joynes performs this shamanic ritual expanding his Selfhood in the adaptation of the Other.

Inspired by the classic Greek mythology and today’s youth culture, Armando Marino’s large scale Narcissus is part of a series of his major oil paintings
that would reflect his romantic commentary on the growing prevalence around us of taking smartphone “selfies”.  Narcissism is alive and well.

We look forward to seeing you at Volta9 in Basel for the presentation of new works by Armando Marino and Nadja Marcin.

“Marino is a romantic painter—his nature has the seductive abundance often found in traditional romantic landscape painting, as Tree of Life, 2012 makes clear—but he is an ironical romanticist, one might say a disappointed romanticist, as The Revolutionary, 2013 strongly suggests”
Donald Kuspit.

Armando Mariño is included in the current exhibition Fifteen Recent Acquisitions at Deutsche Bank Collection 60 Wall Street. He had two solo exhibitions in 2012 in New York City, Recent Paintings from the Year of the Protester  at The 8th Floor Gallery/ Rubin Foundation and  The Waste Land at 532 Gallery Thomas Jaeckel in Chelsea.
In 2011 Mariño was Artist in Residence at the Bronx Museum  and recipient of the Pollock-Krasner Grant.